The works were undertaken for Irish Water in Clonroche approximately 6 miles outside Enniscorthy in Co Wexford.

The existing Waste Water Treatments Works serving the village was consistently failing its water quality sampling and was undersized for the increasing population of the village which was resulting in considerable levels of pollution to the nearby watercourse.

CivCo were involved in this design and build scheme to come up with a solution to increase the capacity of the works and to improve the quality of water leaving the works.

As part of the solution the existing works had to remain live and operational with full access to Irish Water Operational Staff.

CivCo were involved in the design stages in coming up with a solution that would meet the Clients requirement.  The final design involved the installation of a new Primary Settlement Tank on the Site and new Clarifier Tank as well as the refurbishment of existing tanks and new pumping and gravity pipework on the site.

In order to save the Client money on the scheme a number of existing tanks were re-utilised as Storm Tanks to increase the capacity of the works.  To re-utilise the tanks an amount of phasing was required on the site for which a detailed phasing plan was completed by CivCo and agreed with the Client before being put into operation.

The new infrastructure was installed onsite and brought live in a phased approach to ensure minimal disruption to the existing works and Client activities onsite.

As part of the scheme the site was also landscaped with a new security fence also being installed all the way around the site. 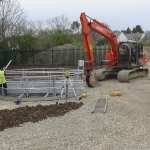 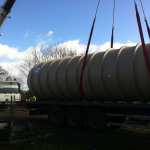 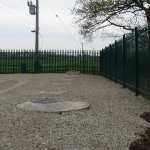 The scheme was completed ahead of programme and under budget.  CivCo Value Engineered a number of elements of the scheme which resulted in a saving which was able to be passed onto the Client.

Upon completion the Waste Water Treatment Works now has no capacity issues and is passing all quality control testing of final effluent going to the water course.